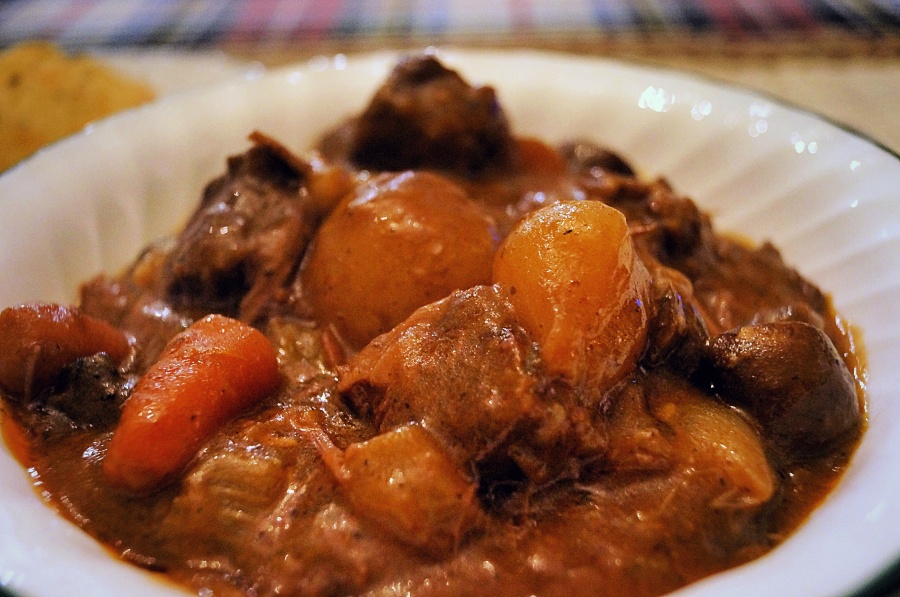 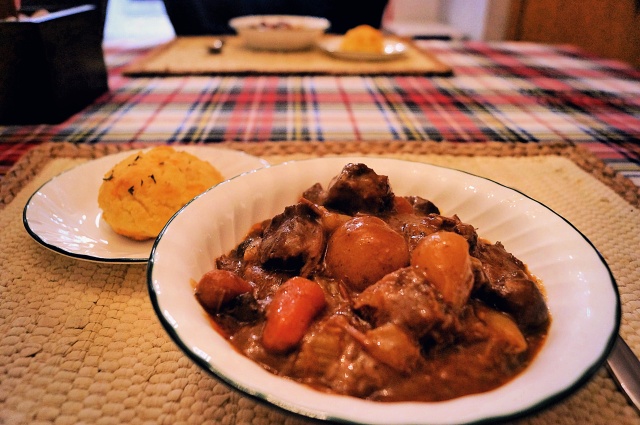 A couple of weekends ago, I had a really lousy Saturday. I know woke up cranky and that my bad mood lingered, eventually ripening into full-blown indignation by midday. I picked arguments with my husband over trivial issues. I’m pretty sure I resurrected a few larger challenges that we’d put to rest long ago. Slight irritation festered as I tidied the house and changed diapers. Somewhere towards the afternoon, we sat down and worked through the funk. In an attempt to salvage the evening, we agreed on a series of compromises – this show instead of that movie, this meal instead of that other dish that I wanted but he didn’t. Now, I don’t always cook dinner. In fact, my husband probably cooks more often than I do, and we order out more often than that. But some nights, you just want the feeling of working towards something, so I offered to cook, and we settled on beef stew.

That’s how we came to eat this particular dish for dinner, and it’s why I’m here writing this story now. Before I began cooking, I texted my friend, whom I’d been venting to all day. She was managing her own series of frustrations and disappointments. We shared a laugh over the ridiculousness of expectations and the ease with which moods and plans go astray. At the end, she dubbed this dish “Compromise Beef Stew” and made me promise to blog about the whole ordeal that led to its creation. I agreed, and here we are.

The best part of this whole story is that by the next day, when I sat down to actually blog about the whole thing, I’d forgotten the entire content and context of that anger. I have absolutely no idea what upset me or why we disagreed. No clue.

And isn’t that beautiful, actually? That if we allow ourselves to bend a little, compromise, and ultimately let go of our expectations and frustrations, we can come out the other end pleasantly surprised?

In the end, the stew turned out to be really, really delicious. It satisfied in the way that only compromises can — where the surprise is the joy, because what you got wasn’t what you wanted, but was somehow what you needed after all.

Although this stew definitely doesn’t comprise on flavor, it’s come to represent to me the satisfaction that comes from working to find common ground. This stew begs to be eaten on a cold winter’s night, preferably beside the fire with a glass of red wine and hours of conversation on the horizon – but it’s also really comforting at the end of a frustrating Saturday, right before you settle in with your bestie to binge watch The Great British Bake-Off.

Just as there are gaps in my memory of the rotten morning that led me to make this stew, there are also gaps in my recipe. For some reason, I didn’t write down all my ingredients and steps – just some of them – so I’ve had to walk myself through making this ten times in my head just to get this post finished. Fingers crossed that I haven’t left out something major.

A note on the cooking apparatus: I recommended using an enameled cast iron dutch oven. I have a Le Creuset dutch oven that one of my best friends bought me as a present years ago, and it’s perfect for this stew. I know that they are expensive, though, and you don’t have to use one. You also don’t have to have an expensive dutch oven like a Staub or Le Creuset. Any enameled, cast iron dutch oven would work. If you do have one, though — or if you have the means and desire to buy one — trust me that it makes a difference in the quality of the stew. Cooking the stew in the oven heats the contents from all angles, resulting in succulent, buttery, incredible meat and tender potatoes and veggies. I’ve used a crock pot, and Instapot, and a regular stainless steel pot on the stove. The oven-based dutch oven method by far produces the best results.

If you do end up cooking the stew on the stove top, the cook time should stay pretty much the same. If you use a crockpot, 10 hours on low should work. 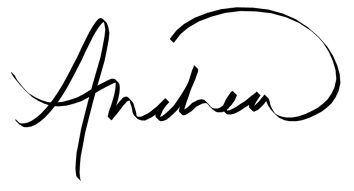 One thought on “(Not A) Comprise Beef Stew (GF)”

Happy birthday to the best human being I’ve ever met. The day you were born was one of the best days of my life even though I technically wasn’t around yet. I love you more than words, @imdacha.
So many wonderful adventures with this guy. We hung out, travelled the world, gossiped and told stories and sang songs. I miss all of that. And I’m so grateful to have had such an amazing dad.
It’s so hard to believe it’s been two years since my dad passed away. I miss him all the time.
Happy, happy birthday to my sister-by-choice, @diwbeydoun! Hoping you had the most amazing birthday! Here’s hoping for more adventures together soon. Love you! 🎊🎉🎂
I’m more than a little late posting these Thanksgiving pics, but eh, chalk it up to a sick household, a delayed celebration, and Mom Brain lol.
I’m the only one in Ohio excited about this snow lol. ❄️ 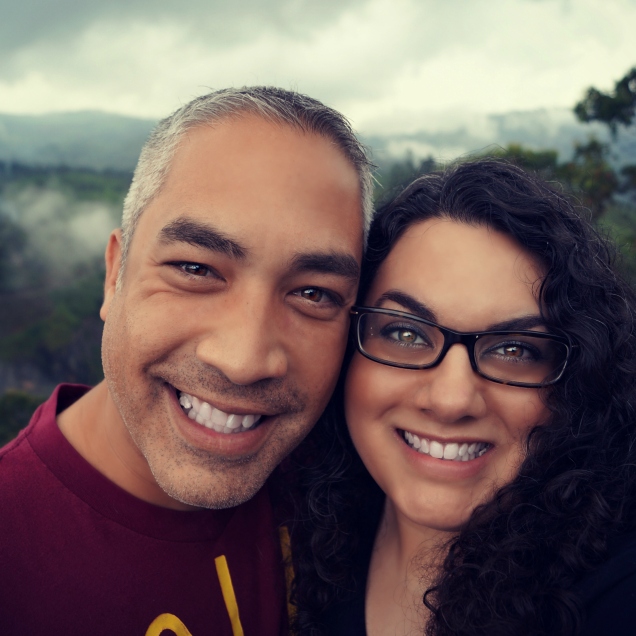