Ham is my favorite holiday main. Where turkey can go wrong so easily, ham is infinitely more forgiving. I love a good roast, but beef can be difficult to prepare for a crowd, particularly when I prefer my cow mooing and much of my family demands that it be burnt to a crisp. Lamb and duck are delicious, but a number of my relatives won’t eat outside the established boundaries of chicken-beef-pork-fish. Besides, ham makes the best leftovers. I love to eat my leftover ham at midnight, in front of the fridge in my bare feet while drinking orange juice out of the carton. Plus, there’s so much you can make with it. Ham salad. Split pea soup. Pasta carbonara with ham and peas. This Hungarian Bean Soup (Bab Leves) that I’ll be posting about in the near future because it is nom nom nom to die for.

So ham. Yum. You’ll get no complaints here.

Ham is both my Christmas and Easter go-to, and this recipe is my favorite – a foolproof crowd pleaser that is always tasty. When selecting your ham, definitely go for the fatty, bone-in cut. Spiral cut is ok, although I prefer to carve the meat myself. The bone is perfect for making a yummy stock, necessary for my Lucky New Year’s Collard Green & Black-Eyed Pea Soup, which you should definitely make on New Year’s Day or just, you know, whenever. Yum.

Also, please be advised that I don’t trim my fat. What can I say? It encourages so much flavor and keeps the meat succulent and moist. Plus, it’s delicious.

Hey, I own my gluttony. You do you, but for the record, I encourage this minor act of hedonsim. It’s the holidays.

Preheat your oven based on the instructions provided with your ham. Generally speaking, the typical cooked hams that crowd the grocery stores during the holidays will usually require about 10 minutes per pound in a 325 oven.

Combine butter and 1 tbsp bourbon in a small saucepan. Bring to a simmer and allow bourbon to cook down. Remove from heat and stir in 1/2 cup of brown sugar. Set aside and allow to cool.

Place the ham in a roasting pan directly on the bottom (not the rack) of the pan. With a sharp knife, score the ham in a diamond pattern.

To the saucepan containing the brown sugar reduction, stir in the coarse grain mustard, prepared horseradish, ginger powder and marmalade. Rub this mustard mixture all over the ham making sure to get into the crevices.

Add into the roasting pan the can of Coca-Cola, 1/4 cup of bourbon, and 1 cup orange juice. Tent the ham with aluminum foil.

Follow the heating directions for the ham. Baste occasionally.

Combine butter and 1 tbsp bourbon in a small saucepan. Bring to a simmer and allow bourbon to cook down. Remove from heat and stir in 1/2 cup of brown sugar. Stir in the orange marmalade. Set aside and allow to cool. (If this gives you deja vu tingles, it’s not you. You already did this exact same thing then you prepared the ham to begin roasting.)

For the final 20 minutes, brush 1/3 of the glaze over the ham, and turn up the heat – usually to around 375-400, although you know your oven, and you need to be careful not to dry the ham out. I find a lot of recipes are too aggressive with the temperature and duration they note for glazing, and a dry ham is an affront to good taste. I’d rather have a gooey glaze and a moist ham, but that’s just me.

In any case, continue to bake, adding the remaining glaze after 10 minutes. Be sure to watch that the glaze doesn’t burn, but instead turns a rich, deep golden color. Let the ham rest before slicing.

Wishing you lots of leftover ham for snacking, 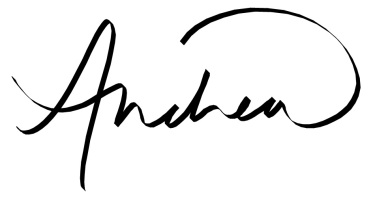 P.S. I am painfully aware that this post needs at least one picture, but for some reason, I can’t find one single photograph of this dish, and I’ve been making it for YEARS. Sigh. I’ll have to take one at Easter and update this post. Sorry!